Things are getting hot!

The 2020 Tuna Season has come early this year! Not a wide-open-limit type bite, mind you, but a scattered and school sized assortment of bluefin, yellowfin, and yellowtail are definitely here early this year! As you can see by the picture above, mixed in are a few larger quality fish. The bite is inconsistent and mobile, but none the less, this is the earliest I have seen Yellowfin Tuna in California waters since the last El Nino of 2016. Is 2020 going to be another El Nino year for fishing? The predictions all indicate that it is.


In fact, 2019 was the second hottest year on record (in the history of history) and 2020 could be even hotter! If this season gets another El Nino weather phenomenon that hits like it did 2014-2016, then we will most likely have a very early, very strong, and long lasting tuna season. What does that mean for the fishing industry as a whole? We have never had past data to compare with the recent warming trends. Literally, its never been hotter, so it is hard to predict, we are in unknown waters. It will be likely good for fishing around Socal, in the short term, but if temperatures keep going up and up every year, who knows where things will be in ten years from now. Consistent high temperatures increasing yearly will eventually harm the Tuna fishery.  Some  indicators are the early appearance of Yellowfin  and Bluefin. Usually, the bite is around May or June (like last year).

To check price and availability on any of the trips
or boats mentioned in this article, please click here.


When will the fish get here?

To answer that question, we need to ask a question. What temperature range to our target fish like? Once we know this we can make an educated guess of the arrival date by predicting water temps. Everyone has their own opinion on this one, but here is mine. 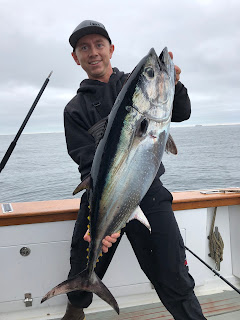 Bluefin fishing is the pinnacle of Southern California sportfishing (and arguably the world) for its pure brute strength and incredibly tasty table fare. Favoring water temps around 60-72 degrees, this broader spectrum of temperature flexibility allows this fish to bite nearly year round.  However, the general season usually starts in March and goes through October. However, this year, our fleet started seeing them show in decent numbers up as recent as February 20th! This is very rare.

The schools of Bluefin are most likely being hearded north by a greater supply of food, appearing abnormally earlier in the year, coupled with higher than average water temps. The big blues are chasing anchovies, flying fish, squid, mackerel, and many of their other favorites every to the North, closer to us. The big question remains, when will the main large schools arrive, bringing with them limits? If I had to guess, I would say we will start seeing the main bite arriving right at the start of March!

Yellowfin tuna make up the bulk of fish caught during the average San Diego Tuna fishing season. With higher limits and far more availability than bluefin, yellowtail, and dorado combined. When you find a hungry school of Yellowtail it is not that hard to limit out in a few hours. Yellowfin prefer water temps 72 and 82 degrees, and the season usually starts in July and runs through October. As of right now though, there are yellowtail within striking distance of San Diego with as little as a 24 hour trip on one of the faster private charter boats out of San Diego.

Right now, about 90 miles south of the border, they are already seeing solid sign and already yellowfin have been bagged in U.S. waters this year. My prediction for this year is that Yellowtail will make an early appearance at the start of June, an entire month early. 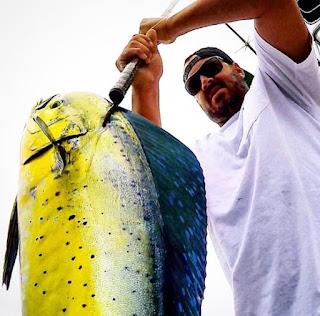 72 to 78 degrees is the favorite temp of this multi-colored favorite. Honestly, Dorado (otherwise known as Dolphin fish) have been on the decline. Only five years ago I remember catching Dorado quite often and they were almost always mixed in with the yellowtail and yellowfin, right under the patty. The last three years I have definitely noticed the absence of one of my favorite fish. An active fighter, and pound for pound a great sport fish. Known for the acrobatic display and airborne antics, this fish is defintely not one you will forget catching. Mexican waters have been the only respite for the Dorado, as significantly less fishing and boat pressure allow the fish some privacy. My prediction for Dorado, is that they will be rare this year in U.S. waters, and anglers seeking this fish are still best to head as far south as you can. 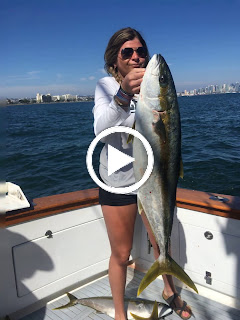 Yellow tail generally prefer a bit colder temp at around 62-70 degrees and therefore many stay year round, however a large percentage still migrate either completely or partially down the Baja coast. Yellow tail fishing off of southern California is usually good between late spring and early summer but often reaches its peak during late summer and early fall. This is when the water temp most favors this local favorite. This year however, the Yellow Tail bite is already picking up, and its not even March yet! Lately there have been a lot of yellow tail caught off the south 9 and the Coronado Islands in Mexico. If you wanted to target this fish, your best bet is to head just south of the border, only 15 miles from the harbor mouth to the Coronado Islands. Occasional yellowtail activity has also been found over the past couple of weeks near the upper end of La Jolla, the area below the MLPA closure zone off the lower end of La Jolla, Mission Beach, Mission Bay, Point Loma College, the Green Tank the Whistler Buoy off Point Loma.

Here is a list of boats that can put you on this bite.

Overall, everything is going to start earlier than usual, get busy and stay busy, and finally hold out most sportfishing a month or two later than usual (yellowtail in September, October even?) The evidence is clear, global climate change is here to stay, and fishing will benefit from this, in the short term. I look toward the future of our sport with a wary eye. Regardless of the reasons, the upward spike in ocean temperatures is alarming. I would like my sport and my profession to be handed down to my kids, in the same condition I found it. I am hopeful, as the world is beginning to see the peril of global warming, and we are all finally willing to take action.

Until next time, tight lines and calm seas!

Popular posts from this blog 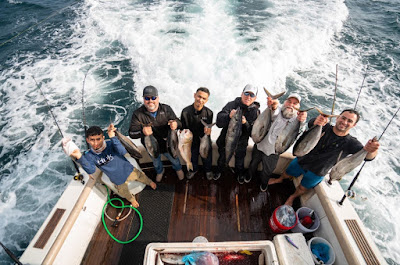 We’re kicking off our first Captain Experiences Captain’s Corner blog with a Trip Recap. Our trip with Captain Lee aboard the Tequila Sunrise was truly the trip of a lifetime for more reasons than you can count.

I met Mark at our Captain Experiences booth at the Houston Boat Show. I told him about how Captain Experiences makes booking a fishing charter quick and easy, and he was all in. He requested a 12-person Galveston offshore tuna fishing trip for his group of devoted fishermen, and that was that.
Then I remembered that Capt. Lee wanted to plan one of his 36-hour offshore trips with us and bring a professional photographer/videographer to capture some content for his trip listing on our website.
I told Mark about the purposes of our trip with Capt. Lee- Mark seemed pretty reserved at the booth, but he smiled ear-to-ear and nodded like a bobble head when I told him we had two spots chasing tuna, wahoo, and mahi mahi.


Mark pinged his buddy Joe who was equally down for the cause. From …
Read more 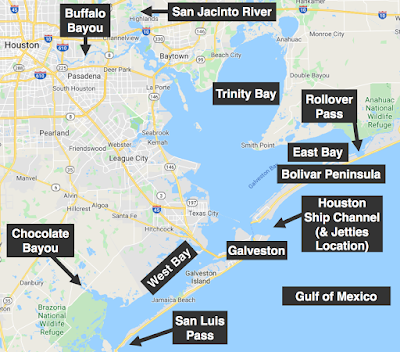 Booking a Galveston fishing charter can be a time-consuming, headache-inducing mess. With hundreds of guides to choose from and endless tweets, posts, and shady online reviews, it’s easy to go wrong booking a guide that doesn’t “float your boat”.
Captain Experiences makes booking a fishing guide quick, easy, and safe. Instead of calling guides one-by-one, you can search Captain for your ideal trip, read our 100% Verified Reviews, and book on the spot with our licensed and insured guides. Booking with Captain is 100% free and never costs you more than booking direct.
We started Captain Experiences in Houston, TX because of our lackluster experiences booking fishing charters. We’ve published this guide on types of Galveston fishing charters and our guide recommendations to help anglers book the trip of a lifetime every time.
We’ve broken down Galveston fishing charters into Inshore, Nearshore (Jetty), and Offshore trips. Here we go:
Quick Take: ·The Galveston Bay System is the largest bay …
Read more 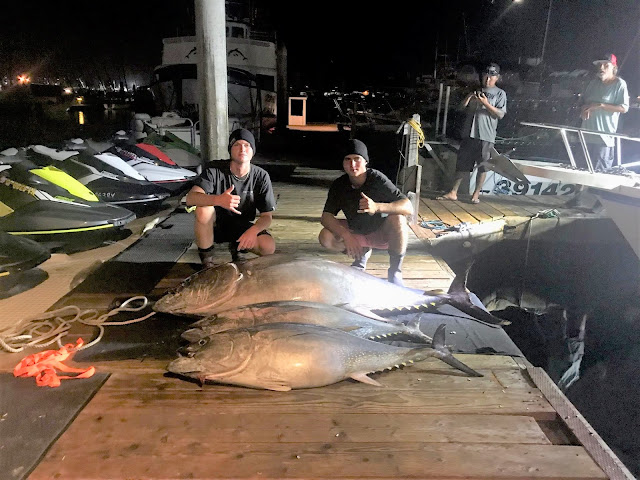 BIG BLUE FIN TUNA FROM START TO FINISH! The 2019 West Coast fishing season can be best summed up with two words, "Blue Fin!" Not for many years have these majestic fish felt us worthy to grace us with their presence. But this year, they did. 2019 was the year of the Bluefin's return all along the entire SoCal coast, the inner, middle, and outer banks, and especially along the San Clemente Islands, Tanner and Cortez banks.

Not only did the Bluefin tuna show up in force for the first time in 80 years, but the size and quantity of catch was considerably larger than in years past. Here is a great video about the comeback.

SAN CLEMENTE, TANNER BANK, CORTEZ BANK;
TOP PRODUCERSThe top producing locations for Bluefin fishing for the San Diego fleets was definitely San Clemente Island, the Tanner Bank, and the Cortez bank. Without a doubt the densest population of Bluefin passed through here this year than many people have seen in their life, even the old timers. Many believe this…
Read more 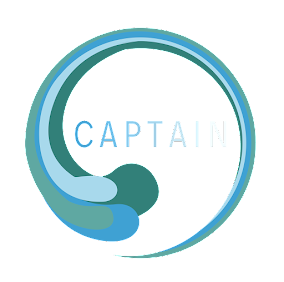